In 2019 Danemead’s Secretary Micheal Hayward (Mike) started what seemed like an impossible task. To raise funds for the full refurbishment of Uncle Tom’s Cabin. 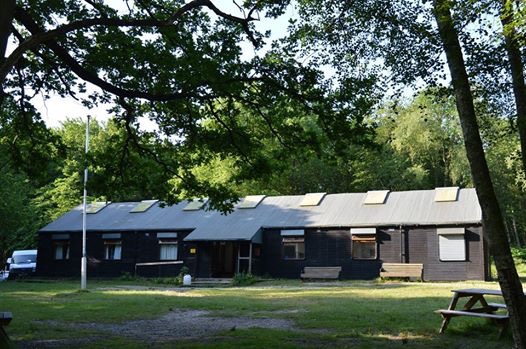 Refurbishment on the cabin started in 2017 with the kitchen having a fresh new look funded by the campsite. A year later and three of the bunk rooms were totally transformed also funded by the campsite. Then in 2018 Mike started his battle with the grants available to us. First managing to get us a grant with the Aviva Community Fund and then shortly after with the National Lottery Community Fund – Awards for all. This money went towards starting the new leaders lounge and bunk room as well as starting the other three existing bunk rooms.

As grateful as we were for all these lovely grants. It still didn’t help in the fact that only a quarter of the cabin was really finished! So our lovely customers still had to fight over who got the three lovely bunk rooms and who would be punished with the old style rooms. So it was decided that a larger amount of money was needed so the cabin could just be finished in one go and re-opened in all its new glory.

Once again Mike went away and started the piles of paperwork for the National Lottery Community Fund – Reaching Communities. Literally piles! I’ve seen his folders he carries to the meetings!

The campsite also instructed a professional surveyor (Steve) who in a very short space of time has become one of the Danemead family! Now I won’t bore you with all the ups and downs but there were times I thought this wasn’t going to happen. However even though the goal posts moved each time Mike submitted his paper work, he carried on and came back with the issues that needed rectifying and re-submitted.

Until one day Mike didn’t come back with more issues but actually came back with the news that we had got through the first lottery panel. Meaning we could progress to the next stage of possibly being giving this life changing amount of money!

Now once again I won’t bore you but very briefly our lottery officer (Rupal) who would have represented us in the first stage now takes all our paper work to the next panel and she fights our case as to why we should be given the money. Let’s just say thanks to Rupal, Mike and Steve we found out at the start of the year that Danemead Scout Campsite had been awarded £143,760! Wow!

However, we could not scream and shout about it as without planning permission the money was useless! Again though it gives me great pleasure to say that on 28.01.20 we received confirmations that East Herts had granted the site permission for our works to Uncle Tom’s Cabin.

So, what’s costing all this money? Well, the three final bunk rooms will be finished. The other three bunk rooms will get another new coat of paint. There will be a fully accessible wet room along with an accessible bedroom. The whole cabin will be insulated as best it can and the plastic roof lights will be replaced with energy efficient velux windows. All the floors will be renewed as well as the doors and windows. Then the most noticeable change will be the accessible ramp and outdoor dining area with roof. A big project!

So what did Mike actually have to say: “Finally we have the funding!

We’re delighted to announce that we have received funding of £143,760.00 from the National Lottery Community Fund towards the ongoing development of the campsite.
With plans for the work now approved by the District Planning Department and the Building Control Consultant, this money will be used to complete the interior refurbishment of the accommodation cabin, double glazing, energy saving heating system, lighting and the installation of an internal accessible disabled bathroom. In addition, further work will be carried out to install a new external covered walkway for wheelchair users and other disabled people. Application to the National Lottery for funding began on 31st May 2018. It has been a test of endurance, patience and above all – stay calm at all times!”

The cabin is expected to close for refurbishment at the start of April.

Want to make a donation towards furnishing the cabin?

If you would like to make a donation please send a cheque payable to Danemead Scout Campsite to :

Our aim is to provide camping and educational training facilities for young people. Charity number 1069693

How do we respect your privacy ?
How do we look after your data ?

How can we help you ?