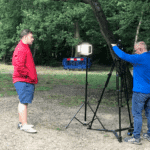 It gives me the greatest pleasure to announce that the four owning District Commissioners have unanimously agreed to extend Matthew Brett’s appointment as Danemead Scout Campsite Manager for another three years. I write this as the sun streams through the trees in the wonderful surroundings of Danemead itself.  It hardly seems like two years have passed since Matt was appointed campsite manager and asked me to be his chairman.  I am sitting on a picnic bench in front of the Tuck Shop which in the year preceding Matt’s appointment took just £253 and this year is on target to take over £3,000. This extraordinary achievement alone sums up Matt’s professional approach who, in the first two years, has literally turned the site upside down, shaken out all the dead wood and returned it in a position that is preparing Danemead Scout Campsite to be one of the premier “back to basics” campsites in the country. Looking back over the last two years it is truly amazing just how much has been achieved under Matt’s no nonsense style of leadership. Within just two weeks of taking on the role Matt was running a very successful Danemead Fun Day which brought in £2,337 plus over £700 in Tuck Shop sales.  The newly refurbished toilet block still had snagging issues that needed to be resolved and Matt met these challenges head on; installing new hand dryers and vandal proof soap, toilet roll dispensers and mirrors. 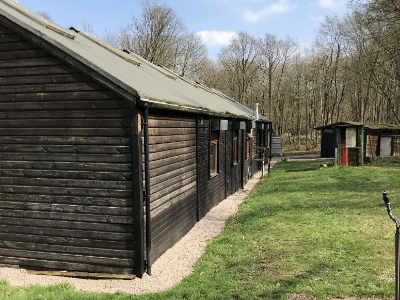 Nobody would deny that Uncle Tom’s Cabin is the main asset on site, contributing a large percentage to the site’s revenue stream.  Neglected over the years, the potential of the building never fully appreciated by previous management regimes with pie in the sky dreams of spending thousands of pounds on a brand new toilet block.  Once again Matt recognised the full potential for this valuable site asset and the profits from the Fun Day were reinvested into the kitchen.  Over the winter it was gutted, tiled, LED lighting and new stainless steel work benches installed and matching crockery purchased not to mention the old plywood floor replaced with hard wearing lino.  We now had a kitchen fit to cater hygienically for 28 young people. Continuing with his professional approach Matt has kitted out the wardens and crew in a brand new site uniform.  Gone are the old black polo-shirts which blended into the background and hello to bright red polo-shirts and hoodies; a bold statement that shouts out, “we are the crew, here to help!”.   Sponsorship from Direct Boot helped to keep the cost down. A crew in uniform, a united team.  No more Barnet Crew, or Chingford Crew, those days are long gone.  We now have a Danemead Crew made up of volunteers from the owning Districts and beyond.  The largest Group for many years, all working together with one aim, Danemead. Matt has forged new partnerships with organisations both within and outside of Scouting.  Danemead is proud to work closely with The Woodland Trust, The Forestry Commission, East Herts Wildlife Trust and Capel Manor College.  Our newest partner, Bush Scouts UK is a national community of Scout leaders with a passion for teaching traditional and practical Scouting skills.  Who better to run a “Back to Basics” weekend in 2019 and no better a venue than Danemead Scout Campsite. As well as a great visionary, Matt is a great listener and always open to suggestions on how the site can be further improved.  When a camper posted on Facebook that his parents had difficulty locating the site Matt sourced and commissioned two new signs, the first stage of rejuvenating the site’s tired and rundown main entrance. What’s happening now?  Three bedrooms in Uncle Tom’s have just come to the end of a seven week refurbishment programme.  Completely stripped down to the wooden beams, they have been insulated, plaster-boarded and carpeted.  New lighting and electrics and radiators installed ready for central heating.  New bunk beds on order.  All for just over £12,000.   Matt has overseen a completely new look website and a hugely increased social media presence and the booking system has been dragged into the 21st century. 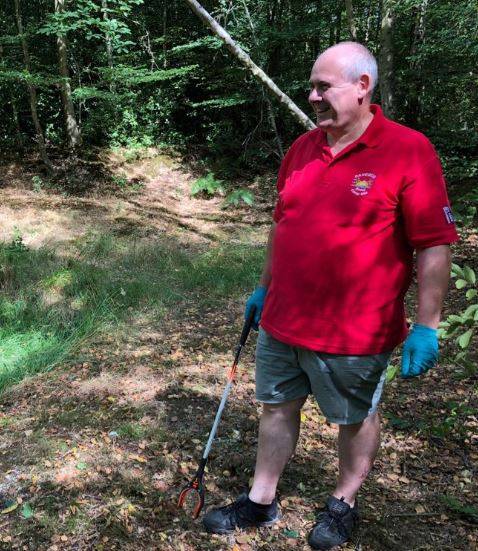 What plans for the future?

Three more bedrooms are left to refurbish plus the addition of a leaders’ wet room with indoor toilet.  A brand new leaders’ lounge and sleeping area away from the young people’s area and central heating throughout.  Audio visual facilities in a refurbished main hall for films and training courses.  We are currently negotiating with the National Lottery for funding for this project and only last week we made a professional video to promote our cause – soon to appear on a YouTube channel near you! I am quite sure that everybody will agree that Matt is a person who actually puts his words into action rather than the “all words, and no actions” people who we see a lot of in both Scouting and our everyday lives.  He has finally started to steer Danemead Campsite in a direction that will build on its past and take the site into an exciting future where lots more young people can experience the fun and excitement of overnight experiences in a totally wild, natural and safe environment helping to create memories that will last a lifetime. I would personally like to thank Matt for all his hard work over the last two years and wish him every success for the next three. Chris Harrison Danemead Scout Campsite Chairman Return to Latest News

Our aim is to provide camping and educational training facilities for young people. Charity number 1069693

How do we respect your privacy ?
How do we look after your data ?

How can we help you ?